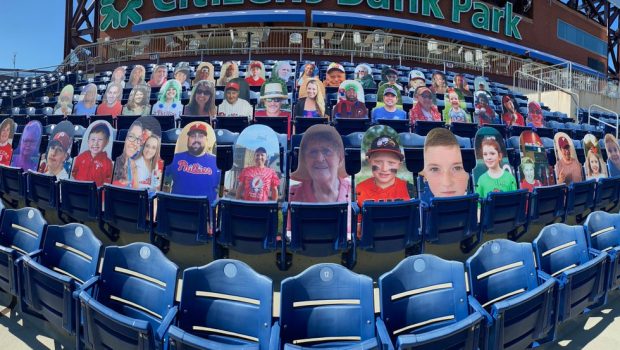 CUTOUT FANS HIT BY A PHILS HOMER GET 2021 TIX AND SWAG!

The Phillies are offering fans representing 48 cutouts that have been hit by home run balls at Citizens Bank Park this season tickets to a 2021 game and some promotional swag..

With the COVID-19 pandemic keeping fans from attending Opening Day, Color Reflections in Northern Liberties has been busy, tasked with filling seats with cutouts.

The players who hit the homers will also sign the cardboard photos and the cutouts will be returned to their owners.

The Phillies say it’s a way to apologize and to thank their fans.

48 cutouts were hit by Phillies home run balls at Citizens Bank Park this season. To apologize to (and thank) those fans, the players who hit the homers signed their cutouts to be returned to them!

These fans will also get tickets to a 2021 game & a package of promotional items. pic.twitter.com/yih3kTlwqI