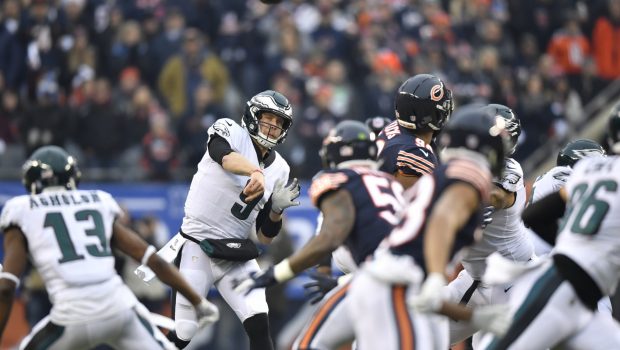 IF, WHEN AND HOW: EAGLES ARE GIVING UP ON QB NICK FOLES!

In theory, the Eagles have a decision to make about quarterback Nick Foles.

Whether to re-sign him or let him go.

But in reality there is no decision to make.

Carson Wentz is the starting QB.

The Eagles hold a $20 million dollar option on Foles for next season, part of the deal they worked out in light of the Super Bowl MVP  leading them to the franchise’s first Lombardi Trophy last February.

Foles can opt out of the deal for $2 million, making him an unrestricted free agent.

“Basically it’s really just about a bunch of dates,” explained Adam Caplan of Sirius XM’s NFL Radio.   “The first decision is the Eagles 30 days before the start of the new NFL season–which is February 10 –are they going to pick up his option for 2019?

“The second date, five days after that–assuming the Eagles pick it up–Foles can void it, but he has to pay them back $2 million.  If he voids the option he becomes an unrestricted free agent on March 13.  If he’s on the roster March 15 the $20 million becomes guaranteed.”

The other variable is for the Eagles to put a franchise tag on Foles, which last year came out at $23.2 million for quarterbacks and is expected to rise.  Should that occur the Eagles could trade their longtime backup/post-season savior beginning March 13.

“If you trade him you want to make sure he likes the team he going to,” said Caplan, formerly an ESPN Insider. “If he voids the option they cannot trade him.

“They can tag him and trade him, which you’re really not supposed to do, but it happens.  The problem there is to facilitate a trade he has to sign the franchise tender and the team receiving him won’t do the trade, because they’d have to give up a decent amount of compensation.  They’re going to want to have a contract extension.

The other problem is Nate Sudfeld is a restricted free agent.

“They love him and want him as their backup. So they have to make a decision on what they’re gonna do with him and how they’re gonna tender him.” 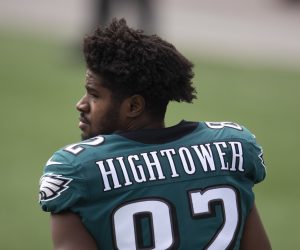 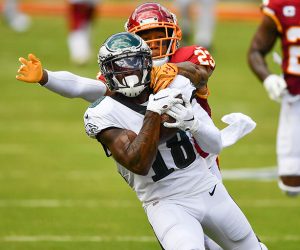