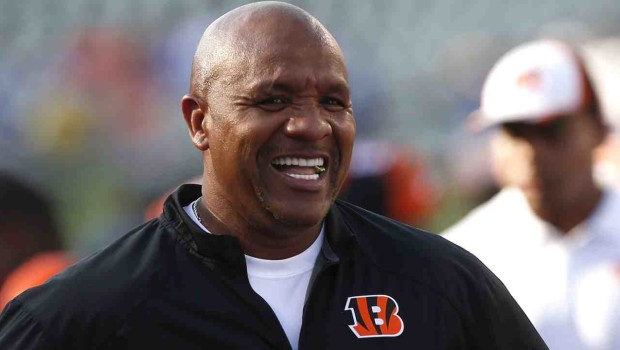 IF CARSON WENTZ HAD BEEN DRAFTED BY BROWNS AND NOT EAGLES, HUE JACKSON WOULD STILL HAVE A JOB!

Hue Jackson’s sit-down interview on Thursday with Mary Kay Cabot of the Cleveland Plain Dealer was full of entertaining tidbits. It was fun to count many people Jackson blamed without taking any of the responsibility for his 3-36-1 record with the Browns.

One of the most startling claims was that he really wanted to draft Carson Wentz with the second overall pick of the 2016 draft. We’ve never heard Jackson say that before. The Browns traded that pick and Wentz became a superstar with the Eagles. Just look at how emphatic Jackson says he was about wanting Wentz a couple years ago:

“Oh my gosh, yes. Did I like Carson Wentz? Hell yes,” Jackson told Cabot. “He did something that no other quarterback did. I give them three minutes to memorize the book and put on the [white] board. He put it all on the board in two minutes and 48 seconds. I’ve never had a guy do that ever in my coaching career.

“But the plan was never to take a quarterback that year. It was all about trading back to get picks. If you’re doing that you’ve got to pick the right players.”