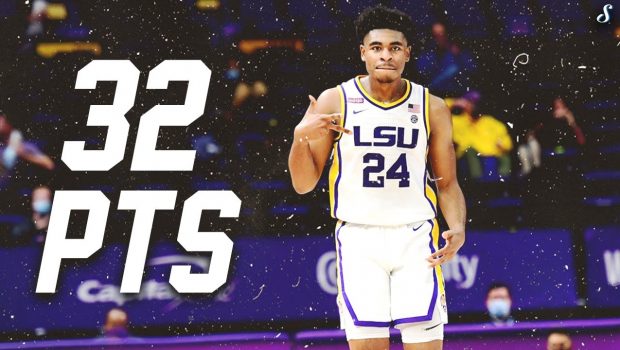 IF SIXERS KEEP SIMMONS, THEY SHOULD DRAFT SHOOTER CAM THOMAS!

The NBA draft is approaching in 16 days, and the Sixers need help.

Of course, we all have opinions on who can take the Sixers to the next rung toward a titlee.

Here’s what the Ringer thinks:

EVERYTHING IN PHILLY REVOLVES AROUND WHETHER OR NOT THE TEAM TRADES BEN SIMMONS.

Assuming they do (because, hey, this is the internet), they’ll need help on the defensive end after losing their do-it-all ace.

Jeremiah Robinson-Earl, who played down the street at Villanova, could be an immediate plug-and-play role player, as would Baylor’s Jared Butler.

With Tyrese Maxey waiting in the wings—and a scorer likely coming back in a hypothetical Simmons trade—Philly should have no problem replacing Simmons’s offensive output.

Matisse Thybulle looks ready to assume a bigger role too, giving the 76ers some positional flexibility on the type of talent they get back.

If the 76ers do hold on to Simmons, a shooter becomes the biggest need. Danny Green is an unrestricted free agent and potentially a must-sign in that scenario. Cameron Thomas and Quentin Grimes could both contribute immediately in small roles. If the Sixers want a floor general, Sharife Cooper’s playmaking skills could be too good to turn down.