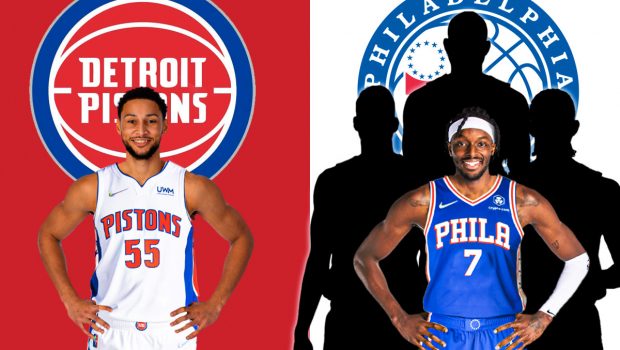 I am among those who want the Sixers to trade Ben Simmons so badly that sometimes I think a bag of walnuts would be a fair swap.

Can a bag of walnuts dunk?

And the latest reported offer isn’t a bag of walnuts, but it’s close.

According to Bleacher Report’s Jake Fischer, the Pistons offered the Sixers a package of Jerami Grant, Saddiq Bey, Kelly Olynyk and a first-round pick, one quickly rebuffed by Daryl Morey:

The Pistons’ package of Grant, Saddiq Bey, Kelly Olynyk and a first-round pick, for example, was not met with much enthusiasm by Philadelphia brass, league sources told B/R.

Detroit’s proposed deal could be the most attractive the Sixers receive before the trade deadline on Feb. 10. But Morey has remained steadfast in his desire to acquire an All-Star-caliber player in any Simmons trade, and recent reporting suggests the Sixers will be comfortable letting this ongoing drama drag into the offseason.

Jerami Grant, eligible for a four-year, $112 million extension this summer, is averaging 20.1 points and 4.8 rebounds this season on below-average efficiency. Still, his ability to score at all three levels and capably defend superstar wings makes Grant an eminently attractive trade target for teams hoping to reach a higher plane of championship contention in both 2021-22 and going forward.