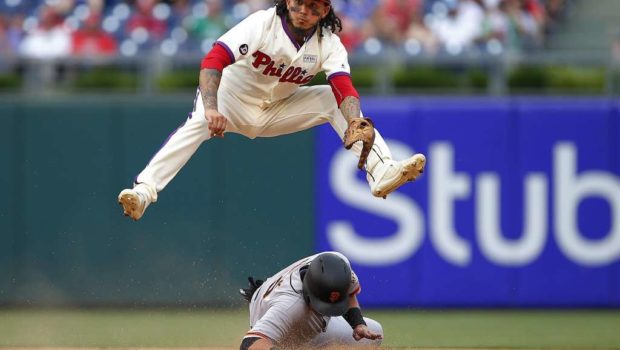 IF PHILS WHIFF ON DIDI, FREDDY GALVIS COULD BE A BACK-UP AT SS!

If Didi Gregorius doesn’t return to the Phillies, former Phil Freddy Galvis is a distinct possibility.

Gregorius hit .284 with 10 homers and 40 RBIs with an OPS of .827 last season for the Phillies after spending the previous five seasons with the New York Yankees.

Galvis is 31. Gregorius turns 31 next month.

Gregorius is aiming for a multiyear contract after taking a one-year deal with the Phillies in 2020. He has been linked to the Cincinnati Reds, but they appear to be reducing payroll.

The Yankees could pivot to Didi… since getting traded by the Phils to the Pads in late 2017, Galvis has had stops in Toronto and Cincy, where he batted .220 with a .712 OPS last season for the Reds. He would represent a considerable drop-off from Gregorius, arguably the Phillies’ most consistent — and clutch — hitter last season.