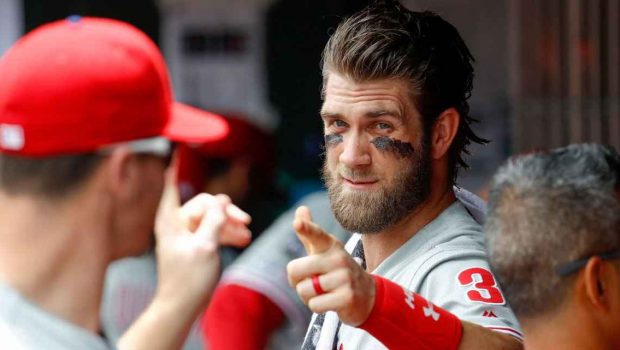 IF ONLY THE PHILS COULD PLAY ONLY THE METS!

Other than a four-game sweep last week and last night’s win against the Mets, it has been a tough three weeks for the Phillies.

They’ve given up five or more runs in 13 of their past 20 games.

Don’t put all the blame on the pitching, however, as the Phillies are eighth in the NL in runs and 11th in home runs despite their hitter-friendly home park.

Offseason additions Bryce Harper, J.T. Realmuto and Jean Segura have been OK, but not as OK as expected.

As they go in the second half, so might the Phillies’ season.