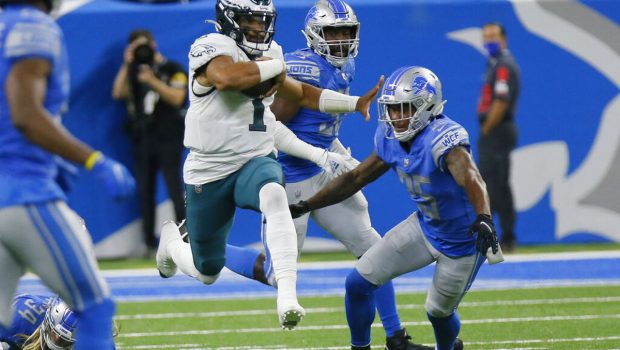 Jalen Hurts accounted for 333 yards and a touchdown, helping the Eagles hold on for a 38-35 win over the Detroit Lions.

Hurts ran 17 times, one short of his career high, for 90 yards and a 1-yard touchdown.

The third-year quarterback was 18 of 32 for 243 yards, including a perfectly placed 54-yard pass to Brown that led to Philadelphia taking a 24-14 lead at halftime.

Just as importantly, Hurts threw away many passes to avoid sacks.

“We had a lot broken plays, a lot of throwaways,” he said. “As a quarterback, that is the best play sometimes.”