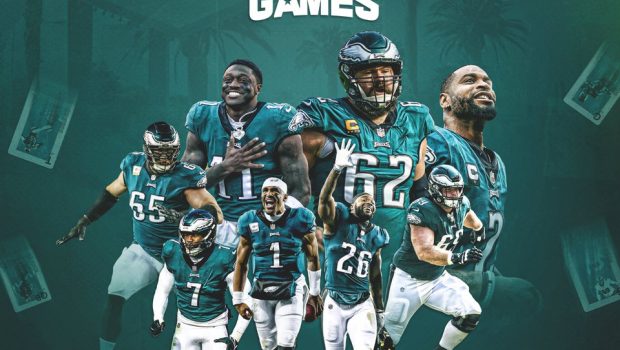 IF EAGLES DON’T WIN SUNDAY, 1-SEED MAY BE GONE, SEASON’S A BUST!

The Eagles will play game 17 this Sunday against the New York Giants at the Linc with one last chance to earn the No. 1 seed throughout the NFL playoffs.

Dropping their last two games wasn’t pretty as Jalen Hurts sat with a shoulder strain. Hurts has practiced this week with the first team, and it would be hard to fathom him not being under center to wrap up the coveted 1-seed.

The Eagles clinch the NFC East and No. 1 seed with a win over the Giants or a Cowboys loss to the Commanders and a 49ers loss to the Cardinals.

Other injured Eagles are also back this week for the big game against division rival Giants, who have also wrapped up a playoff spot and could rest some starters.

DE Robert Quinn could get some action after sitting three weeks with a bad knee. C.J. Gardner-Johnson is also eligible to play after sitting the better part of a month with a lacerated kidney.

Both playing this week should bolster the defense for an Eagle team looking for a record 14th win.