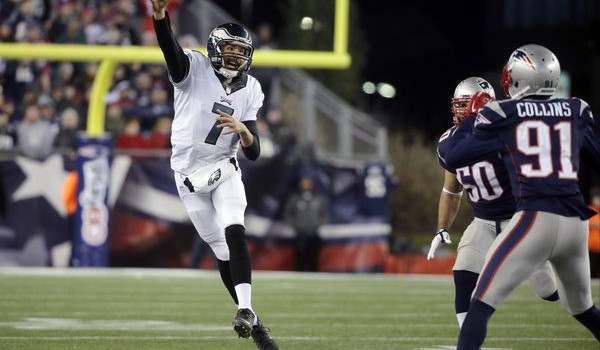 IF EAGLES BEAT REDSKINS AND GIANTS, THEY’LL MAKE THE PLAYOFFS!

BEAT THE PATRIOTS? It’s easy. All you need to do is get two touchdowns off punts and score on a 99-yard interception return. Despite the bizarre win, few would count on the Eagles’ winning either of their next two games. The final two weeks, against the Redskins and the Giants, will be vital; win both games, and the Eagles are almost certainly in.