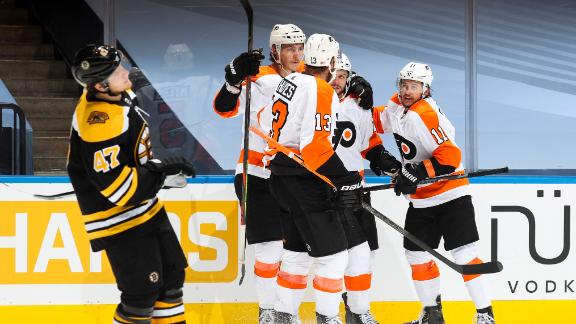 The Flyers were rapidly climbing the standings before the season was paused and they took a big step toward securing the No. 1 seed in the Eastern Conference yesterday when they beat the Boston Bruins in the opening of round-robin play, 4-1.

Four scored and a ??? start to the round robin. #AnytimeAnywhere pic.twitter.com/OVAPVbPakw