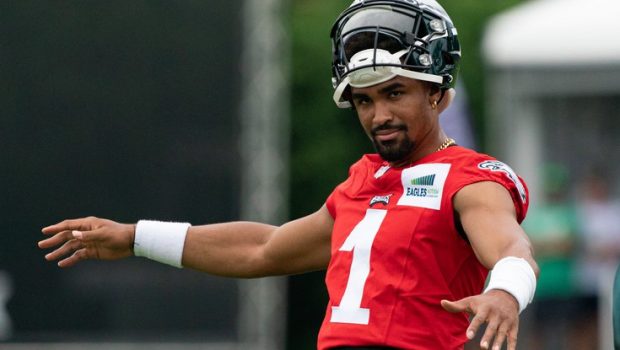 What does Sirianni need to see from Hurts? "It’s just always going to go back to what the doctors are saying, what Jalen is saying, and where we think he is at that time. I don't think it's a, ‘Hey, I have to see him throw it 57 yards on the left-hand side.’"

Sirianni on Hurts' Thursday practice: " I just didn't feel like it was affected. The velocity of the ball was good, the accuracy was good, that he felt good. So those were the main things, and that's what you want to see."