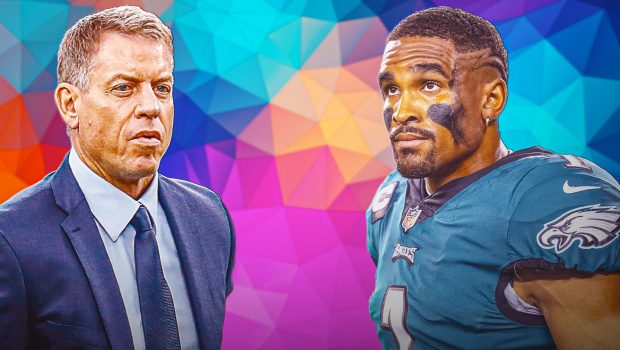 HURTS VS AIKMAN: ANOTHER IDIOTIC STAT FROM REUBEN FRANK!

Nobody in Philly media history has come up with more meaningless stats than NBCSP’s Reuben Frank.

He is the living embodiment of the cliche:

Mark Twain or Benjamin Disraeli are credited with coining it, and they might as well have been thinking about this pointless Frank factoid:

Jalen Hurts has had more seasons in his career with 26 combined rushing and passing touchdowns than Troy Aikman.