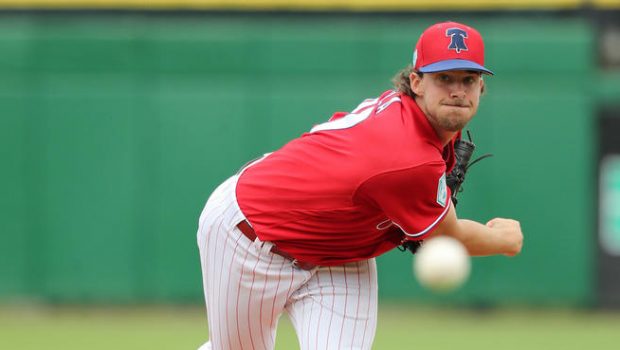 The Phillies and Yankees have been already been postponed tonight in the Bronx due to the forecast of severe inclement weather linked to Tropical Storm Isaias.

The game will be made up Wednesday at Citizens Bank Park as the first game of a straight doubleheader beginning at 4:05 p.m.

The Phillies will be the “road” team for the first game of Wednesday’s doubleheader at CBP and the home team for the second. There will be approximately 35 minutes between games.

The Phils-Yankees four-game series is set to conclude Thursday.

Aaron Nola was set to pitch the second game of the series, which means he’ll be in line to start one of the two games Wednesday.