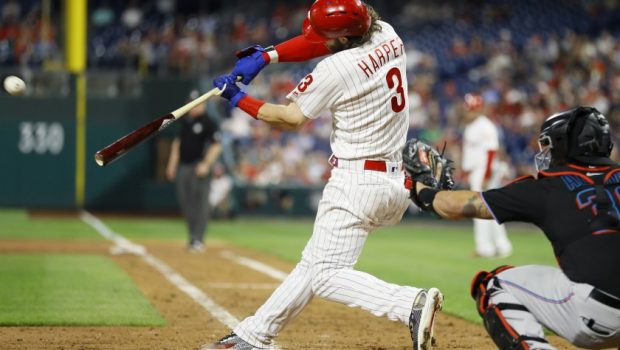 Major League Baseball is on a pandemic pause, but when and if it returns it will be desperate to recapture its aging audience.

There’s no 24-second clock, which speeds up play in the NBA.

So a home run derby to end a tie game sounds like an idea worth considering.

“This is my opportunity to push for a home run derby in extra innings. Instead of playing 17 innings, you get one extra inning, you play the 10th inning, and no one scores, then you go to a home run derby,” Turner told Spectrum SportsNet. “You take each team’s three best hitters and you give them all five outs and see who hits the most homers.”

Turner also pointed out the benefit of the idea for fans, who won’t have to endure a game dragging on or be confronted with a decision to leave or wait out a result.

“You want to keep fans in the stands until the end of the game,” he said. “I know when I go to hockey games, I actually enjoy watching the shootouts. That keeps me in my seat, so maybe a home run derby will do that as well.”

On Thursday, Turner clarified on Twitter that his proposal pertained to the 2020 season only, as doubleheaders will become more common and off days a cherished commodity as MLB will attempt to squeeze in as many games as possible.

“That’s why a 15 inning game for THIS SEASON, is not ideal for a pitching staff,” Turner wrote.

He also provided more detail for the derby format, suggesting one round of three players from each team with five outs or 10 swings per hitter.

“Nobody wants to see a tie,” he added.