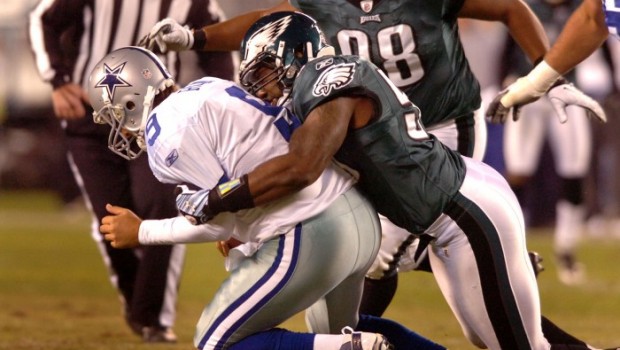 The National Football League is nothing of not a business, which after all is why Howie Boy Roseman has a job with the Eagles.

And the former general manager will have his fingerprints all over the cutting of fan fave Trent Cole.

That’s the down side of getting a bump in salary from $1.5 million to $1.7 million after you have been demoted.

ESPN.com’s Adam Kaplan has made the judgment that the Birds will jettison Cole and his $11.63 million salary.

The veteran pass-rusher deserves to end his career as an Eagle based on his consistent production since his rookie season in 2005. However, given his age (he turns 33 in October), the Eagles may believe that his cap number is too high. While league sources said the team didn’t address his contract during the NFL combine, they are expected to do so before the start of free agency (March 10). Another veteran who could be targeted for a pay cut is CB Cary Williams ($8.17 million cap number).