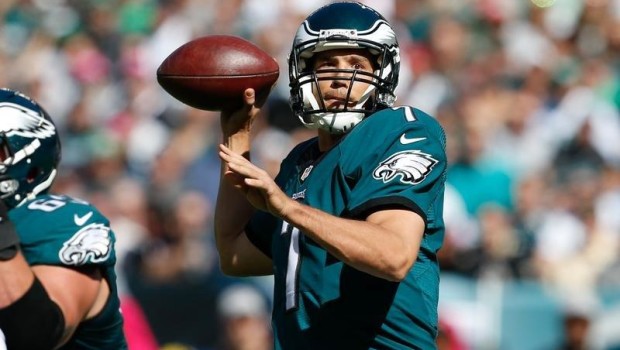 HOWIE BOY’S DILEMMA: HOW MUCH IS EAGLES’ QB BRADFORD WORTH?

Okay, so now that he got Chip Kelly fired and has spoken for the first time in a year, Eagles’ Office Boy on Steroids Howie Boy Roseman needs to start earning his $1.7 million salary as vice president of football operations.

He can start by determining whether quarterback Sam Bradford should be re-signed.

And the price is?

As to Bradford, $25 million made sense as an opening salvo last off-season — especially if (for example) the Eagles had opened by offering something like $10 million per year. The $15 million spread would then be whittled down to, say, $16 million per year, which is hardly unreasonable in light of the current market.

With Bradford, the whittling process became problematic because no one knew how good he would be, after two seasons lost to a torn ACL. Now, the Eagles must put a value on a guy who started 14 games, completed 65 percent of his passes for 3,725 yards, threw 19 touchdown passes and 14 interceptions, and fumbled the ball 10 times, losing three. That value then will be compared to whatever another team would be willing to pay, and Bradford will have to make a decision.

Ultimately, he’s not getting $25 million per year. He also won’t be getting $10 million per year. The result will be somewhere in between, as it would have been if the opening positions from agwnt Tom Condon and the Eagles had sparked meaningful discussions resulting in a long-term deal.

The quibbling over money overlooks a very important factor in negotiations that ultimately went nowhere. Bradford feared that Chip Kelly would sign Bradford to a favorable contract and then trade that contract to another team. In the end, that dynamic may have had more to do with the failure to get a deal done than the predictable pie-in-the-sky and lowball numbers that get swapped early in negotiations.