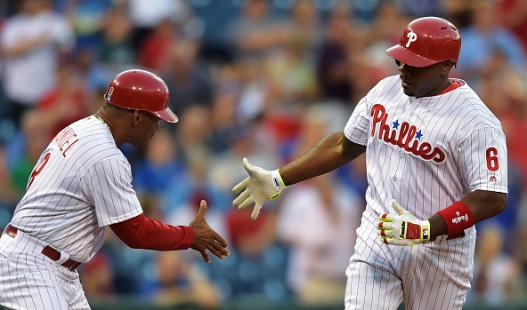 Phillies’ first baseman Ryan Howard picked a great time to turn back the clock to his glory days.

Howard hit his ninth homer way out to right-center to make it 2-0 in the fourth inning. The 2006 NL MVP started for the first time since a fan threw a plastic beer bottle at him after Saturday’s game. Rookie Tommy Joseph has replaced the struggling Howard at first base and started the previous six games.

Howard nearly went deep again in the eighth, but his fly ball to deep center was caught on the warning track. Though he’s only batting .153, Howard has hit homers in four of the Phils’ one-run victories, including two 1-0 wins and a walk-off homer in a 4-3 win.

”From what he’s been going through, it was nice to see him hit that home run,” manager Pete Mackanin said. ”I think it gave him a little more confidence. He almost had another one. Good to see.”