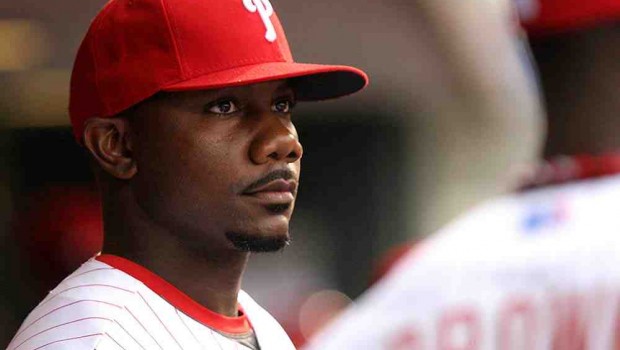 HOWARD AND PHILLIES ‘VIGOROUSLY DENY’ HIS ALLEGED PED USE

And the Phillies issued the following statement on Sunday night in response to the report:

“Ryan Howard has vigorously denied the allegations contained in tonight’s airing of Al Jazeera’s report titled ‘The Dark Side.’ Ryan has spent his whole career with the Phillies and, during that entire time, has been an extremely well respected member of our team and an outstanding contributor to our community. We will fully cooperate with any investigation conducted by Major League Baseball and will refer all further questions to them concerning the Al Jazeera report.”

“It’s inexcusable and irresponsible that Al Jazeera would provide a platform and broadcast outright lies about Mr. Howard and Mr. Zimmerman.

“The extraordinarily reckless claims made against our clients in this report are completely false and rely on a source who has already recanted his claims. We will go to court to hold Al Jazeera and other responsible parties accountable for smearing our clients’ good names.”

Howard’s representation referred questions regarding the report to Burck’s statement.

“Major League Baseball was not made aware of the allegations until yesterday and was not provided information other than what has been reported,” an MLB spokesman said in a statement. “We intend to conduct a thorough investigation.”

Howard and Zimmerman were mentioned in an undercover investigative report by the network. The report included Denver Broncos quarterback Peyton Manning and other NFL and MLB players, including Taylor Teagarden. But the source in the report, Charlie Sly, has since recanted his comments.

The Nationals stood behind their longest-tenured player.