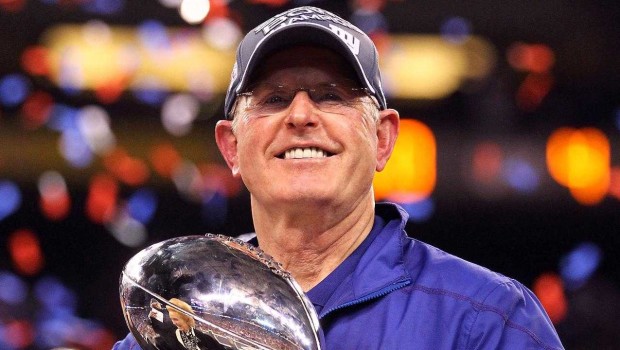 Who’d a thunk it?

Every NFL owner looking for a new coach has seemingly lined up to meet with Tom Coughlin!

Sixty-nine-year-old former Giants head coach Coughlin will meet with the 49ers this week to discuss their head coaching vacancy, according to NFL Media Insider Ian Rapoport.

He met with the Eagles on yesterday and the Birds have gone into their favorite cone of silence since.

The Giants gave permission to both clubs, as Coughlin still has a year remaining on his contract.

Bruce Arians, Pete Carroll — and really Coughlin himself — have helped break down the coaching age barrier over the last few years, and Coughlin most certainly still has passion to coach. He stepped down from the Giants job last week, but only in name. The Giants wanted to move on after more than a decade and two Super Bowls, and Coughlin was more than excited to address his future during an inspiring news conference.

While the Eagles job might be more of an information-gathering session, the 49ers request shows that Coughlin is a serious candidate. As Jed York and general manager Trent Baalke scramble to pick up the pieces from a year ago, an organized disciplinarian like Coughlin might be the way to go. Coughlin’s personnel experience is also underrated among head coaches, and he might aid Baalke in retooling a roster that lost so many of its stars.

At the very least, Coughlin is a known commodity. He has had two lengthy stints in the NFL, and he’s managed to take different teams to the conference title game or Super Bowl. That caliber of resume simply isn’t on the market right now.