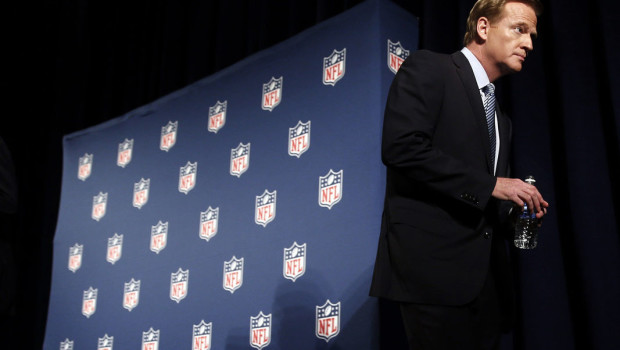 HOW TMZ SPORTS HAS THE NFL AND ROGER GOODELL ON THE RUN!

When the Ray Rice video was posted on TMZ, Rice’s attorney issued a statement, warning viewers not to make judgments until “all of the facts” emerged, adding, “Neither Ray nor myself will try this case in the media.” Three months later, Rice held a press conference. Rice expressed regret, saying, “Me and Janay wish we could take back thirty seconds of our life.” What happened during those thirty seconds? Rice, the Ravens, and the NFL did not seem especially determined to find out. The league suspended Rice for two games, but by early September he was preparing to return to play. Then, on September 8th, TMZ published a second surveillance video from the Revel. This one, bought for almost $90,000, revealed what occurred inside the elevator: after the doors shut, Rice punched Palmer on the left side of her head.

The clip pitched the NFL into a crisis. TMZ, the New York Times declared, “has the league on the run.” Roger Goodell (above), the NFL commissioner, ducked questions about why its own investigators had not obtained the footage, and said, “We don’t seek to get that information from sources that are not credible.” But the video was unimpeachable, and its impact was immediate. Rice was cut by the Ravens and suspended indefinitely by the NFL. Sportswriters declared that TMZ had shaken the league “to its foundation.”

Check out the New Yorker piece: