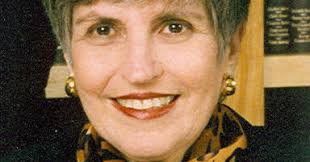 The NFL concussion settlement case has been going on for what seems like forever.

Though it only started in June 2012 — seven years ago — in federal court in Philly.

And the judge in charge, Senior Judge Anita B. Brody, has been screwing it up for just as long!

In what plaintiffs’ attorneys view as a total disaster, on Thursday Brody denied a motion to reconsider rules changes for physicians she had approved last month. Those changes, as noted earlier, stand to make it even more difficult for players to get paid and represent an enormous victory for the NFL.

The ruling by Brody came as no surprise. It followed a court hearing that took place last week at which Brody’s tone and line of questioning indicated her belief that the primary issues affecting the settlement’s claims process remain the potential for players, lawyers, and doctors to defraud the system—even as hundreds of claims are still getting denied, being appealed, or languishing in audit.

One plaintiffs’ attorney, on condition of anonymity, told a Deadspin reporter that a number of lawyers are considering ways to educate and inform Brody about the substantial, confounding problems with the claims process. This attorney did not elaborate. But another lawyer, Lance Lubel of Houston, has already filed notice to the Third Circuit Court of Appeals of his intention to appeal the implementation of the new physicians’ rules.

The settlement is a mass tort involving thousands of former players who seek compensation from the NFL for its manipulation and denial of the science of repetitive head trauma. More than $663 million in claims has been approved, and nearly $500 million has been paid, according to the latest claims report. Those figures appear to give Judge Brody the impression that the settlement is working properly. While many of the most obvious, serious claims have been approved—for death with CTE, ALS, Alzheimer’s, and Parkinson’s disease—there’s a deeper story here, about which Judge Brody seems to be completely in the dark, as was clear at last week’s hearing: Of the 2,787 claims submitted, 62 percent are for early or moderate dementia, and only 20 percent of those early and moderate dementia claims have been approved, and only 14 percent have been paid. In addition, 43 percent of all claims for all diagnoses have already been audited.

The wife of a 50-year-old former NFL player told me her husband been approved for the NFL’s own disability plan and for total and permanent disability through Social Security, only to have his concussion settlement claim denied.

A big part of the problem is that the settlement has its own definition of what constitutes early and moderate dementia that’s rooted in legalisms rather than in medical science, thus creating an opening for the NFL to lawyer away at a substantial number of diagnoses. Sufferers of early and moderate dementia are also frequently clear-headed, which can make it tricky to distinguish their functional and cognitive abilities.

Another problem is that the May 7 hearing was the first time any issues with the claims process had been discussed in open court since February 2017, one month before the settlement took effect (other than a hearing last May that was specifically about the appointment of a special fraud investigator). This has created an echo chamber whereby the NFL has been able to set the tone of the discussion with what numerous attorneys describe as only token pushback from Christopher Seeger, the New York–based co-lead class counsel who has run point on behalf of the settlement class. Seeger, who has almost always been the only attorney to present in front of Judge Brody, and who has had frequent closed-door meetings with the judge and lawyers from the NFL, also stands to collect the bulk of the more than $100 million from the common benefit fund that was set aside for attorneys’ fees.