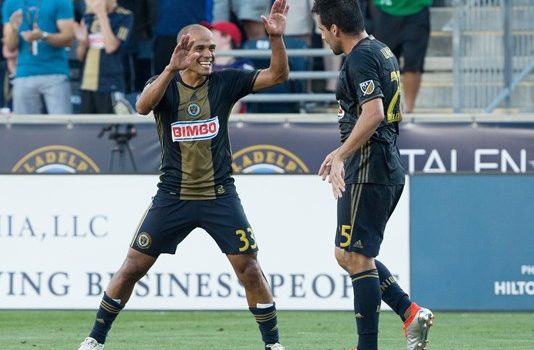 HOW THE UNION MADE ONCE-VAUNTED D. C. UNITED LOOK LIKE LOSERS!

C. J. Sapong, back in the Union’s starting lineup after missing three games with an injury, wreaked havoc in the final third all evening with darting runs and quality hold-up play. He was the beneficiary of another United foul just outside the box 34 seconds into the second half. Alberg floated the ensuing free kick to the back post, where Sapong headed it toward an unmarked Ilsinho near the edge of the six-yard box. Ilsinho ripped his one-timer past Hamid to all but secure victory.

“For me, I thought C.J. was their best player in the first half,” Franklin said. “He’s battling. He’s strong. He’s flicking balls. He’s running into the channels. When you play against a guy like that, it’s tough to defend.”