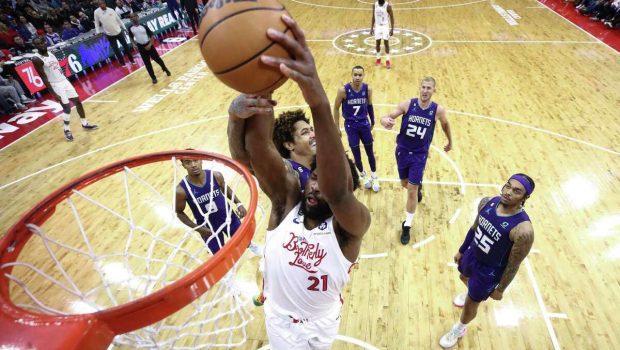 HOW THE SIXERS JUMP-STARTED THEIR SEASON, EVEN WITHOUT MAXEY!

A long seven-game homestand is just what the struggling 76ers needed to jump back into the Eastern conference standings with better all-around play.

Star guard Tyrese Maxey is still out with an ankle injury, but expected back soon as they try to extend their winning streak to six tonight versus the Detroit Pistons at the Wells Fargo Center.

James Harden has played very well since coming back from a leg injury too, meshing even better with superstar center Joel Embiid, who’s leading the NBA in scoring with a 33.0 average and remains unstoppable, even playing through double teams.

Even though a suspect bench is starting to produce more the last couple of weeks, a strong need to improve this off season, Sixers look to finish off this homestand strong before taking on the New York Knicks Christmas Day at MSG.