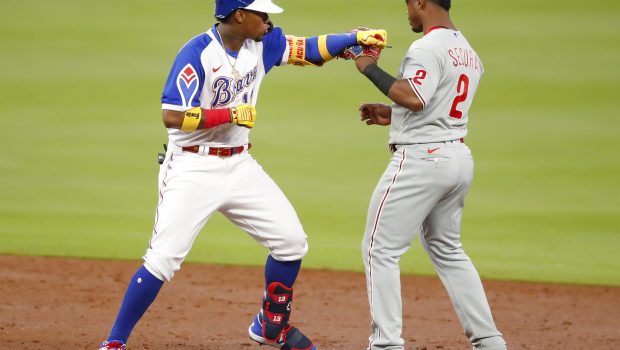 You should never underestimate the impact of the loss of a key player and the ability of such an event curtailing an entire organization. This could well be the case for the Atlanta Braves following the season-ending injury suffered by outfielder Ronald Acuna Jr.

The 23-year-old suffered a knee injury after attempting a catch and has torn his ACL and as such is likely to be out for the remainder of the current season and that could well impact on the Braves chances of making significant progress this season.

The injury could well help boost Phillies odds as they are narrowly ahead of the Braves in the NL East. Up to date news like this, such as key players being ruled out for months on end, will always shape your betting strategy. News of Acuna’s injury had an immediate impact on the betting and it’s not the only issue the Truist Park outfit has to contend with.

They have already lost key players Marcell Ozuna, with a finger injury as well as off-field concerns relating to domestic violence and Braves GM Alex Anthopoulos may look to strengthen prior to July 30th.

Acuna is too big a player to lose and it will surely impact on the Braves, the star player has 24 home runs and 16 stolen bases to his name.

It was immediately clear that Acuna’s injury was severe, with the Braves man remaining on the ground for many minutes after his fall. The injury was clearly a bad one and even the player whose line-drive Acuna was attempting to catch, Jazz Chisolm Jr, commented on the matter.

“A guy like that, him getting injured, the baseball world is going to miss him if he’s out for a long time,”

“You never like to see one of your teammates come up injured after trying to make a great play,” Fried said. “It’s obviously very unfortunate, but you have to stay with the task at hand and finish the game.”

The Braves have moved immediately to try to plug the hole the injury to Acuna has opened by recalling utility player Johan Camargo to their roster.

Atlanta has a 44-45 record to date and will be looking to make it to the postseason for the fourth year in a row having lost at the National League Championship Season stage to the Los Angeles Dodgers before they themselves took down Tampa Bay in last season’s World Series.

Acuna Jr made his debut for the Braves in April 2018 and is tied to a massive 14-year contract with the team, worth $340m, such is the player’s obvious potential.

The Venezuelan had been due to take the field for the NL All-Star team on last night, which would have been his third appearance in the All-Star game, but will now have to sit it out on the sidelines for quite some time to come.