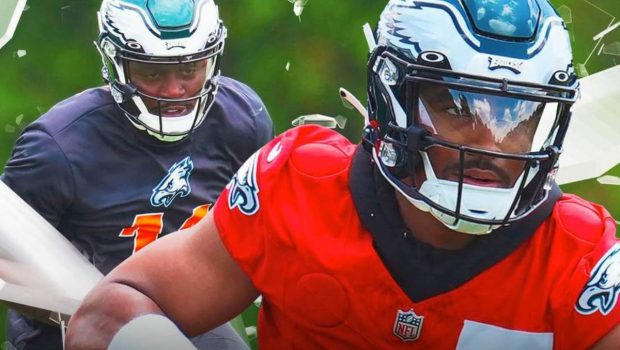 In case you have missed it since Draft Night in April, Eagles newbie A.J. Brown has formed an on-field connection with Jalen Hurts, who fed Brown the ball often in the early weeks of camp.

The Eagles traded a first- and third-round draft pick and gave Brown a $100 million contract, so it was obvious he would be involved.

But there are always questions about an acclimation period when a receiver changes teams, and there should be no such concerns about Brown in Philadelphia.

The Eagles are committed to manufacturing touches for Brown — especially those that give him the ball in the open field where Brown can run after the catch.

His production during camp hasn’t come against down-the-roster cornerbacks, either; Brown has been working against Darius Slay and James Bradberry, both of whom have been Pro Bowlers.