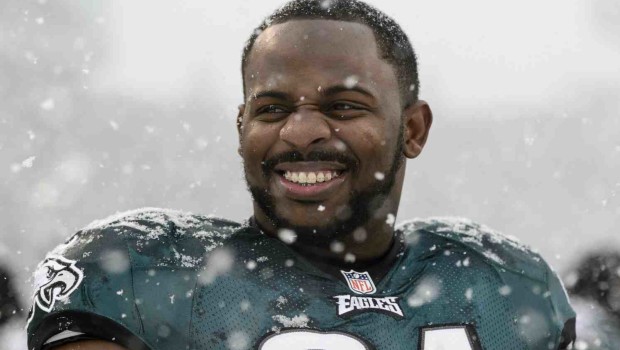 HOW THE EAGLES WOUND UP DRAFTING FLETCHER COX IN 2012!

During Monday’s PFT Live interview with Eagles executive V.P. of football operations Howie Roseman, I asked (somewhat jokingly) whether anyone has called the Eagles about trading for the No. 2 overall pick in the days since Philly had moved up from No. 8 in a trade with the Browns.

Roseman said that there have been no calls from teams looking to supplant the Eagles as the team picking second, but then he mentioned that they had gotten a call about trading down after trading up once before.

In 2012, the Eagles had moved from No. 15 to No. 12 in a deal with the Seahawks. Before the Eagles exercised the pick, they received a call about trading the selection. They declined the offer, made the pick, and landed defensive lineman Fletcher Cox.

The move worked out incredibly well for the Eagles. Which, given the coin-flip crapshoot that is the draft, suggests that maybe this time around they should opt to trade out of the spot, if they get the chance to do so.

I’m only kidding. Unless the coin-flip crapshoot that becomes Carson Wentz ends up not working out.