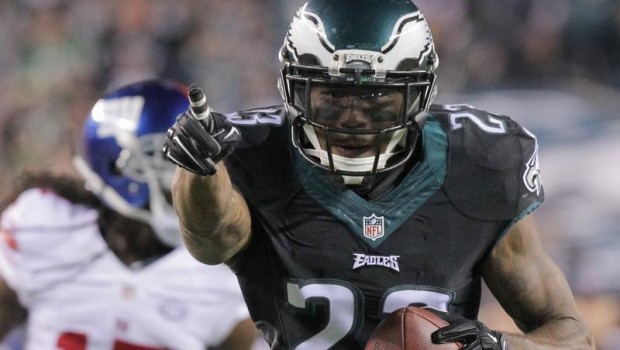 HOW THE EAGLES QUICKLY TURNED IT AROUND TO BEAT GIANTS

With the Giants backed up in their own territory, Manning was picked off by Nolan Carroll (above) , who easily jogged into the end zone for a touchdown.

The Eagles’ game last night with the New York Giants turned around in a hurry.

After the Giants jumped out to a quick lead on an Eli Manning-to-Odell Beckham touchdown pass, it appeared that the Giants were going to take control: The Eagles went three-and-out on their first possession, the Giants started marching down the field again, and everything was going New York’s way.

But when Eagles linebacker DeMeco Ryans intercepted a Manning pass, everything started to shift. An Eagles drive was prolonged by a stupid third-down roughing the passer penalty on Damontre Moore, and the Eagles ended up scoring on a Sam Bradford-to-Riley Cooper touchdown pass.