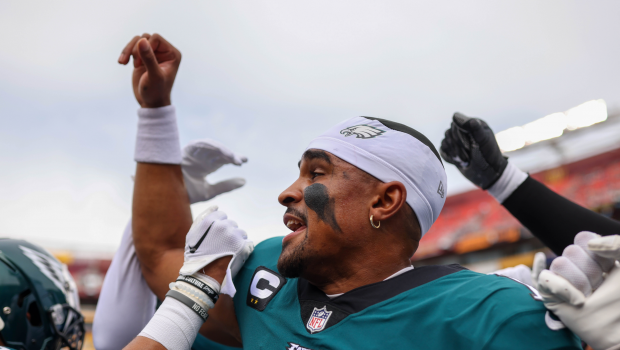 HOW THE EAGLES OFFENSE HAS BECOME NFL’S FLAVOR OF THE MONTH!

The Eagles are the NFL’s flavor of the month.

Or at least the week.

Here’s how The Ringer describes the flavor:

With the NFL’s best offensive line, one of its most electrifying receiving corps, and a run game powered by a legit threat at quarterback, there are just too many holes for opposing defenses to plug.

And I don’t know if we’re giving Hurts enough credit for helping make this unit what it is.

Him providing competent quarterback play at a greatly reduced cost has obviously made things easier for general manager Howie Roseman, who has used that financial flexibility to aggressively build around his quarterback.

Because the QB has to be accounted for in the run game, the Eagles have been able to spread things out while still forcing the defense to allocate resources to the run box.

That stretches the defense thin across the field, which opens up throwing windows for Hurts and rushing lanes in the ground game. Big plays are inevitable with a setup like that.