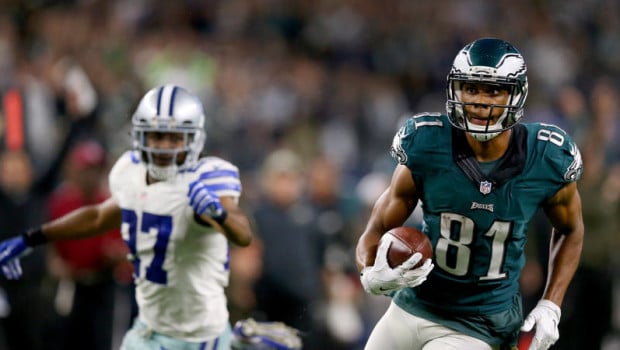 “Me and Byron [Jones] had been competing all game,” said Jordan Matthews, who had nine catches for 133 yards. “He doesn’t play like a rookie, and he’s so aggressive. We said let’s try and go with a double move. Sam threw it right on the money.”

DeMarco Murray may have put the Eagles in position to win in his return to Dallas, but Sam Bradford and Jordan Matthews finished off the Cowboys.

Bradford threw a 41-yard touchdown pass to Matthews in overtime and the Eagles sent the Cowboys to their longest losing streak in 26 years with a 33-27 victory last night.

Matthews broke away from rookie defensive back Byron Jones and ran past safety J.J. Wilcox on the first possession of overtime to hand Dallas (2-6) its sixth straight loss. The last time Dallas lost that many in a row was in 1989 when it dropped eight straight and finished 1-15.