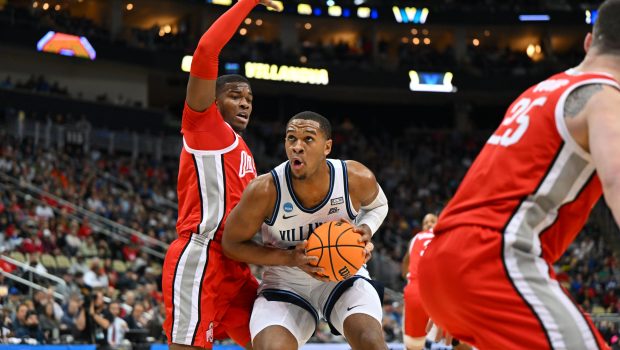 HOW SWEET 16 IT IS! NOVA KNOCKS OFF OHIO STATE

Villanova is back in the Sweet 16.

The Wildcats hung on in the second half to beat Ohio State 71-61 in the South Region to make the NCAA regionals for the fourth time in the last five season.

The Buckeyes never led but cut Villanova’s lead to two points with less than six minutes to go.

Ohio State never got any closer, however. Villanova got the lead back to four after Ohio State missed the chance for a tie or the lead and was able to stay two possessions ahead for the final 4:33 of the game.

The Buckeyes played the final minutes of the second half without forward Kyle Young. The senior was taken to the locker room after his cheekbone collided with Collin Gillespie’s shoulder in the lane after a made basket. Young, who has suffered three concussions over the last 12 months, never returned to the game after the collision.

Ohio State relied on Malaki Branham and E.J. Liddell for most of its offense while Gillespie was one of four Villanova players who had at least 11 points. Gillespie had 20 points despite shooting just 2-of-9 from behind the arc. Jermaine Samuels had 15 points for Villanova on 7-of-9 shooting from the field and also grabbed eight rebounds.

The Wildcats will now play No. 11 seed Michigan in the Sweet 16 in a rematch of the 2018 national championship game. The Wildcats won that game 79-62 to win their second national title in three seasons. Gillespie played 16 minutes in that game and scored four points off the bench. Coincidentally, Michigan and Villanova will also meet on Monday in the second round of the women’s NCAA tournament.

Villanova never trailed on Sunday after taking a 5-3 lead less than three minutes into the game. The Wildcats quickly jumped out to a double-digit lead and led 39-28 at halftime.

The lead swelled to 15 at two different points early in the second half before Ohio State slowly started chipping away. The Buckeyes cut the lead to nine with 10 minutes to go and whittled it down to two over the course of the next five minutes. But Samuels’ layup with 4:33 to go pushed the gap back to four and Ohio State never got any closer.