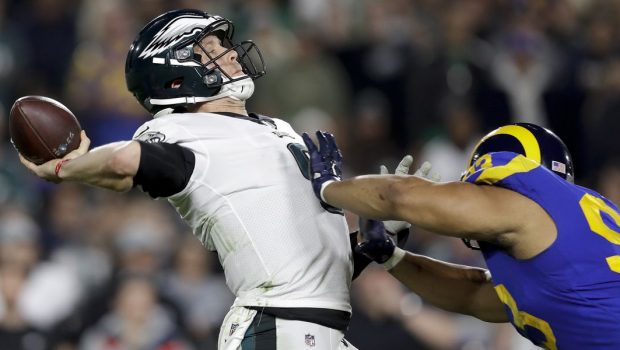 That not only kept their season alive, but now they have a legit shot at making the playoffs when they were left for dead after the Cowboys loss a couple weeks ago!

The biggest difference between Wentz and Foles was getting the ball deep versus a very good Rams secondary.

Also a major plus was the pass to run ratio — the Birds ran the ball 30 times for 111 yards and three TD’s, two by Smallwood, one by Josh Adams.

Rookie CB Avonte Maddox also turned in a fine game, ballhawking Ram receivers all night, including making a defense stop on the final play of the game insuring the amazing upset.

The Birds need to finish the season off strong to qualify for playoff competition, next game versus the 10-4 Houston Texans is crucial to win at the Linc next Sunday December 23, 1pm/CBS