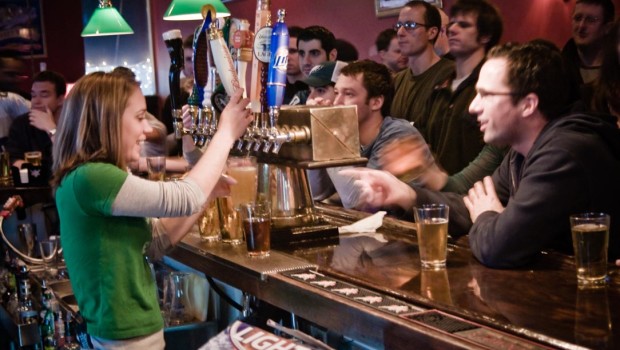 HOW SPORTS DRIVES THE LOCAL ECONOMY

Philadelphia may be a great sports town, with 5.9 million fans paying good money each year to see its five major sports teams win or lose. But Thomas Eakins watercolors, Saturdays on the zoo’s new trails, and Sundays at the theater with Sondheim draw more: 8.1 million.

Those 46 words were literally buried in a three-and-a-half page thumb sucker last fall in the Inquirer whose headline was “The Quandary: How to Sustain the Arts.” It was part of a series marking the 20th anniversary of Avenue of the Arts, one of Ed Rendell’s signature accomplishments in his trailblazing eight years as mayor.

The series pointed out the funding problems of Philly’s big-ticket arts institutions who are lusting after the diminishing philanthropic pie and a crisis in revenue from sinking ticket sales.

Arts and culture are an important piece of what makes this a special place. What would Philly be without the Franklin Institute and the National Constitution Center or the Philadelphia Orchestra or the Wilma or the Arden?

But please, do not to try to make the case that the arts have a greater economic impact on the local economy than sports do.

That doesn’t pass the laugh test.

Paid attendance at the Art Museum and the Zoo and all the local theaters is but one way to gauge the economic impact of the arts. What about all the restaurants and bars and apparel stores that are dedicated to serving the arts-crazy market?

Oh, that’s right, there are none.

As opposed to the hundreds of sports bars that exist solely to appeal to the droves of people who like to watch their favorite team while eating and drinking with their friends instead of schlepping to the stadium.

FAST PHILLY SPORTS lists only about 60, but all you have to do is visit one during the NFL playoffs or the Super Bowl — or March Madness — and you will see what I am talking about.

These bars employ thousands of servers, bartenders, dishwashers and janitorial workers whose livelihoods depend on passionate sports fans.

Try to get into Misconduct on Locust Street or Cavanaugh’s Rittenhouse during March Madness. Or, God forbid, try to drive down Locust during a World Cup soccer game when the street has been closed and thousands of fans are drinking beer and watching a 36-foot TV, cheering on their favorite team.

Have you ever seen an orchestra-goer show up at the Kimmel carrying an oboe as if he were prepared to jump in if someone in the pit called in sick? Of course not.

Check out the U. S. Open tennis in New York and you can spot thousands of fans decked out in Nike gear and shoes as if they were playing.

Or any Eagles, Sixers, Phillies, Flyers or Union game and spot how many in the stands are wearing a retro jersey or simply that of a favorite player.

Modell’s, Mitchell & Ness, Dick’s and the Sports Authority make a fortune decking out hundreds of thousands of folks with jerseys, hats, shoes and other paraphernalia bearing the logo of their favorite team and player.

You can’t walk into the Palm or D’Angelo’s or Smith & Wollensky on the day of an Eagles game without spotting a hedge fund manager or law firm partner wearing an Eagles No. 25 jersey, showing an allegiance to the Birds’ great runner Shady McCoy.

Those stores employ thousands of people and they take out lots of ads in the Inquirer and Daily News and PHILLY SPORT.

And what about the travel agencies that book trips to big ticket events around the country like the U. S. Open Golf, the Super Bowl and the Final Four?

Those travel and ticket agents all profit from an interest in sports that is only getting more intense.

All over the Philly region there are businesses that have nothing to do with sports who associate with them through sponsorships.

Why is Colonial Marble the official marble and granite sponsor of our pro and college sports teams? Why does Golden Nugget Jewelers market itself as the official partner of the Sixers and Flyers? Why does WG BMW have an association with the Flyers?

Because millions of sports fans have money, and many of them buy marble, jewelry and cars. An association with a sports team is a happy confluence between the consumer and the business. Why look elsewhere?

And if you are still not convinced that sports is an economic powerhouse that dwarfs the arts, consider this.

On Sunday evening Feb. 2, 2014, the Seahawks-Broncos Super Bowl was watched by 111.5 million Americans — the most-watched show in TV history — with advertisers paying $4 million for a 30-second ad spot.

That same night, “Downton Abbey” broke its own record with 6.8 million viewers. On PBS, which no one has to pay for.

Bottom line, the arts are nice and appeal to a hard-core sliver of American culture, but sports is a mammoth business that is growing exponentially every year.

In Philly and around the world.