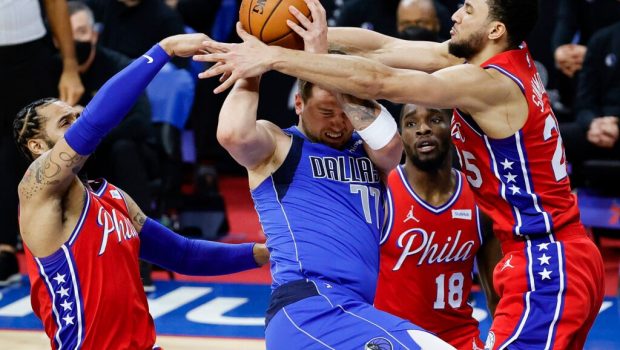 HOW SIXERS SIMMONS DEFENSE TOOK DONCIC OUT OF HIS GAME!

Luka Doncic finished with just 19 points on 6-for-13 shooting, well below his season average of 28.9 points per game, and the fourth-fewest points he’s scored in a game this season.

Sixers have caused Mavericks to turn it over 20 times pic.twitter.com/wAv7NzYhxc

“Ben set the tone, Joel (Embiid) was phenomenal,” Sixers coach Doc Rivers said. “We shot 43 percent. We didn’t have a great offensive night, and yet we were up by 20 most of the game. Dallas is a great offensive team. For us to play defense like that was special.”

“Just being me, doing what I do. I like taking those challenges,” said Simmons, when asked what he did to disrupt Doncic. “I’ve said this over and over again, just tell me who to guard.”