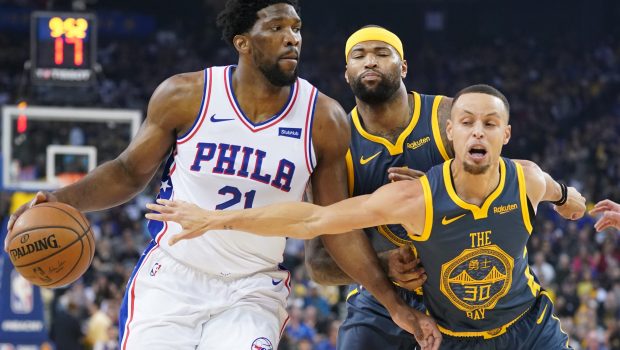 HOW SIXERS JOJO EMBIID IS MAKING A DIFF FOR TITLE RUN AND MVP!

The Sixers Joel Embiid has become a serious contender for MVP, not to mention then leader of an NBA title contender:

And here’s what The Athletic’s Rob Mahoney thinks are the reasons:

The biggest revolution in Embiid’s game this season was a pivot. As a back-to-the-basket player, the Sixers center was a clear All-Star; as a face-up post player, he might be the most dominant player in the sport. Reorienting his game has allowed Embiid to do more of the heavy manufacturing necessary to really sustain an offense. His usage is up, far ahead of any other center. His scoring is up. His free throw attempts are up. And so long as he continues to hit midrange shots at a 47 percent clip, there’s not really a damn thing a defense can do to stop him. It’s so much harder to pressure Embiid when he’s already positioned to see double teams coming. There’s no blind side left to exploit; any attempt to force the ball out of Embiid’s hands is an invitation for a quick pass out to a wide-open 3-pointer, or a sales opportunity for Embiid to flail through his crowding defenders for yet another trip to the foul line.

Yet doubling Embiid might still be the right call—if only because there are so few defenders big enough to get a hand in his face and mobile enough to keep up with his footwork. We know Embiid has entered a rare class because the only options to try to contain him are bad ones. Playing against the Sixers these days just means learning to live with his dominance.

By the numbers: Embiid is averaging 12.7 free throw attempts per 36 minutes—breaking a league record held by Wilt Chamberlain since 1961-62, when he tallied 12.6 attempts per 36.