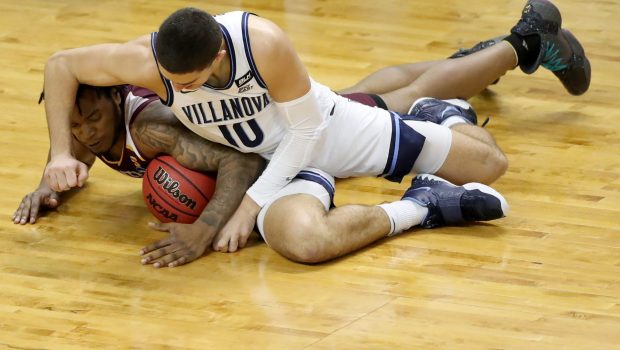 Says Dana’s O’Neil on The Athletic:

It [the Farmers Coliseum in Indy] could be, in other words, the perfectly nondescript place for an end-of-the night upset.

More than a few people had that in their brackets, what with the 5-12 law of averages, the absence of Villanova senior point guard Collin Gillespie and the simple fact that 23-1 Winthrop is pretty good.

But if there is one rule of the NCAA Tournament it is this: When everyone believes something is going to happen, it almost never does.

The Eagles make Villanova fight its way into the second round, but Jeremiah Robinson-Earl (18 points, nine rebounds and six assists) is simply too much.

The Wildcats pull away while fans in the stands start loudly cheering to cover the spread. (They do.)

This is what happens on the Farm after midnight, especially when beer is mixed with the feed.