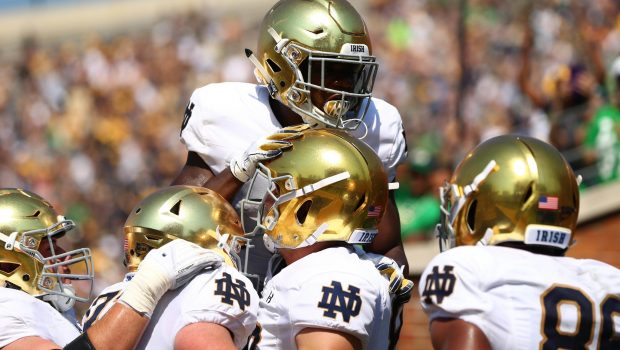 HOW NOTRE DAME STRUGGLES TO KEEP UP WITH BIG BOYS’ BIG BUCKS!

In the beginning, there was Notre Dame Stadium, the House that Rockne Built, a concrete cathedral cradling a proud football program with seven national college football championships. Later,

Touchdown Jesus appeared, watching over the Fighting Irish and their home field as Notre Dame went on to claim four more national titles.

And for decades, those few acres on campus were, at least in the eyes of Notre Dame fans, sacred ground.

But progress waits for no one, not even Notre Dame.

In October, Garth Brooks performed a concert inside the House that Rockne Built, a first for the stadium.

And next week, two NHL teams will play an outdoor hockey game on a rink installed atop its famed field.

Just as Knute Rockne’s years as coach catapulted Notre Dame into the nation’s consciousness and the “Word of Life” mural — Touchdown Jesus’s formal name — offered the university a singular television backdrop, the Brooks concert and the hockey game have announced a new direction for an old-school athletic program.