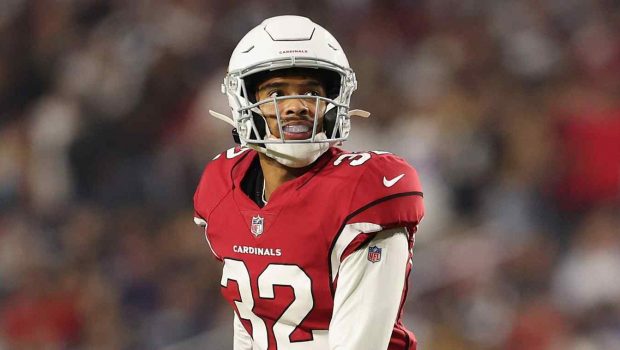 HOW TAY GOWAN CAN IMPROVE THE EAGLES SECONDARY IMMEDIATELY!

The Eagles received cornerback Tay Gowan in the deal, a player who could actually make an immediate impact in a suspect secondary. He’s an outside cornerback who could push Steven Nelson for playing time.

The former sixth-round pick (223rd overall) has yet to see a single NFL snap but he’s a promising prospect. Gowan (6-2, 186 pounds) came out of the University of Central Florida with decent hype despite sitting out the 2020 season due to COVID-19 concerns. He actually tested positive for the novel coronavirus and battled it.

Gowan started nine contests in 2019 and recorded 31 tackles, two interceptions, eight passes broken up, one fumble recovery and one tackle for loss. The Miami (Ohio) transfer finished his collegiate career with two interceptions and 32 total tackles in 13 games. He ran the 40-yard dash in 4.44 seconds at the NFL Scouting Combine, prompting some draft experts to prop him up on their boards.

Outside cornerback who will struggle to stay connected to routes against speed or quality route runners. He does a nice job of crowding underneath routes and has the length and ball instincts to make receivers really work for it on contested catches. Gowan needs to get stronger, but has good size and length to work with. His area of effectiveness will be limited at the next level. He might need to be paired with defenses utilizing more Cover 2 or Cover 3 schemes.

Meanwhile, the smart folks at NFL Draft Diamonds praised his physicality and mentioned that his 26.2 passer rating in single coverage ranked second-best in college football.

“Gowan may have slipped through the cracks after opting out of the 2020 season,” wrote Damond Talbot. “I think the Eagles are getting a great player.”