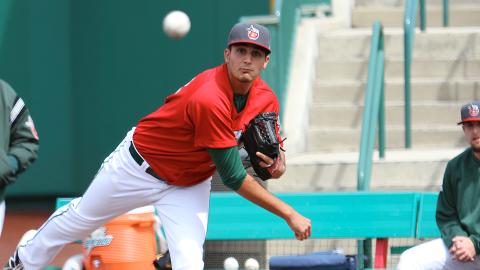 HOW MUCH BETTER WILL PHILLIES’ STARTERS BE IN 2016?

Zach Eflin will be in camp but is expected to open the season in Triple-A.

The 2015 Phillies season is one that fans would like to forget.

Veterans Jeremy Hellickson (4.62 ERA in 27 starts) and Charlie Morton (4.81 ERA in 23 starts) seem like modest upgrades over veterans Aaron Harang (4.86 ERA in 29 starts) and Jerome Williams (6.13 ERA in 21 starts) in both performance and upside. And a full season of Aaron Nola (3.59 ERA in 13 starts) and Jerad Eickhoff (2.65 ERA in eight starts) should provide a boost, if they follow up encouraging rookie-season showings.

Phillies manager Pete Mackanin said Tuesday that Hellickson, Morton, Nola and Eickhoff are in his rotation, barring something unforeseen. That leaves one job available.

Here is a look at the candidates:

RHP Vincent Velasquez
He is the favorite for the fifth spot. The Phils considered Velasquez the key piece in the Ken Giles trade with the Astros. He posted a 4.03 ERA in seven starts last season. Velasquez is talented and has potential, and if he pitches well in Spring Training, it is hard to imagine him not making the Opening Day roster.

LHP Brett Oberholtzer
If Velasquez is not ready, Oberholtzer could step into the No. 5 spot. He has a 3.94 ERA in 45 appearances (42 starts) over the past three seasons with Houston. The Phillies could use somebody like that. If Oberholtzer does not make the rotation, it seems likely he will be in the bullpen, because he is out of options and the Phils did not acquire him in December to lose him before Opening Day.

LHP Adam Morgan
Morgan is the most likely returnee to compete with Velasquez and Oberholtzer. He posted a 4.48 ERA in 15 starts in his rookie season. If Morgan pitches well and Velasquez struggles, it is possible Velasquez could start the season at Triple-A Lehigh Valley, Oberholtzer could go to the bullpen and Morgan could earn a rotation job.

RHP David Buchanan
Buchanan had a 6.99 ERA in 15 starts last season. He will need to have a heck of a Spring Training to surpass the three pitchers ahead of him on this list.

RHP Severino Gonzalez
Like Asher, it is difficult to picture Gonzalez moving ahead of the rest of the starters in camp, considering his 7.92 ERA in seven starts last year.

RHP Miguel Alfredo Gonzalez
He is listed here only because he is in the final year of a three-year, $12 million contract. But the fact that Gonzalez has not been invited to camp as a non-roster invitee should tell you everything you need to know about where he stands in the organization. He is not a candidate to make the rotation, and it seems unlikely he will contribute for the Phillies before his contract expires.

LHP Matt Harrison
He is mentioned here because of his successful past with the Rangers and the fact that the Phils acquired him in July in the Cole Hamels trade. But nobody expects Harrison to be in the rotation in 2016 due to his health issues.

Mark Appel, Jake Thompson, Zach Eflin
These top prospects will be in camp, but they are expected to open the season in Triple-A. But they will be pushing for a promotion to the big leagues once the season starts.