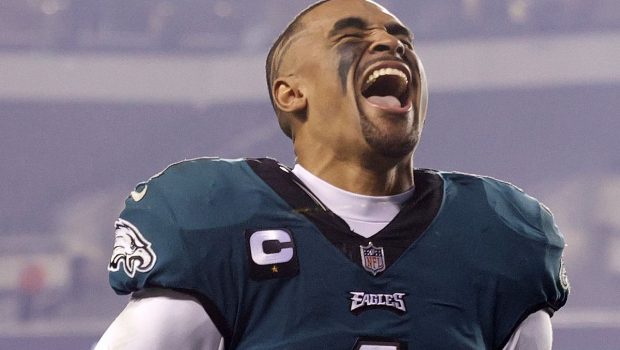 HOW MUCH BETTER ARE EAGLES? PETE KING SAYS 4TH-BEST IN THE NFC!

Training camp opens for the Eagles July 26, and expectations for 2022 have leaped for the Midnight Green.

It hasn’t gone under the radar with the national media, including longtime NFL writer Peter King of NBC Sports.

King likes what the Eagles’ upgrades have done this offseason:

” They’ve created a team with a legitimate chance of winning now, with an offense to make a judgment on Jalen Hurts as their future quarterback.”

Howie Roseman also gets credit, building a team that can win now. He called the A.J. Brown trade the biggest offseason addition, and here are King’s rankings at the top of the NFC.