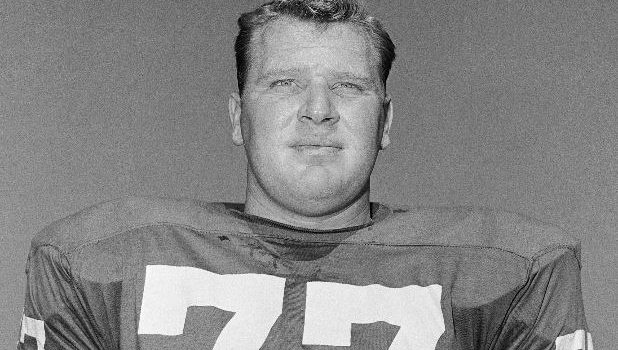 The Eagles made John Madden the 244th overall pick in the 1958 draft, and his NFL career ended nearly as quickly as it began.

He suffered a knee injury during his rookie training camp.

While he was rehabbing, Madden decided to spend his free time watching film with quarterback Norm Van Brocklin, who was ending his Hall of Fame career in Philly, which resulted in the 1960 NFL title in a classic Franklin Field win over the Packers. “He called me Red,” Madden recalled. “He said, ‘Hey Red, come on up here with me. I’m the only one there, so he’s talking out loud. … It was the greatest education I ever had, Norm Van Brocklin.”

Two years after he was drafted by the Eagles, Madden officially broke into the coaching ranks at Allan Hancock College in California before spending an additional three seasons as San Diego State’s defensive coordinator.

In 1967, Al Davis hired Madden to be his defensive coordinator with the Raiders. At the end of the season, Madden matched wits with his coaching idol, Vince Lombardi, who was coaching his final game for the Packers in Super Bowl II.

Two years later, Davis surprised many by making the then 32-year-old Madden his new head coach. Davis chose Madden after Chuck Noll, who had just helped the Colts reach the Super Bowl as a defensive coordinator, accepted the head coaching position in Pittsburgh.