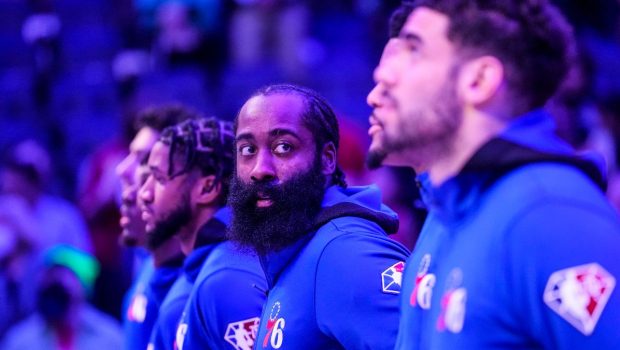 Per Spotrac, the Sixers’ active roster cap was approximately $120.6 million with Harden unsigned, about $36.4 million under the luxury tax apron. Teams that use the non-taxpayer mid-level exception, use the bi-annual exception or acquire a player through a sign-and-trade can’t exceed the apron.

Sixers boss Daryl Morey acquired Harden on Feb. 10 in a deal that sent Ben Simmons to the Nets. The 32-year-old rehabbed his injured left hamstring and then debuted for the Sixers after the All-Star break. The team won in his first five appearances before running into predictable issues integrating a star guard not at peak health.

“Man, for me personally, it’s been a long year,” Harden said after the Sixers’ second-round playoff series loss to the Heat.

“But since I’ve been here, it’s been great. We’re trying to build something so fast. We’re trying to build a championship contender team so fast — which I still think we are, we’re just missing a few pieces. But other than that, we tried to go for it right away. We just came up a little short. … We’ve still got to put work in and continue to keep going.”