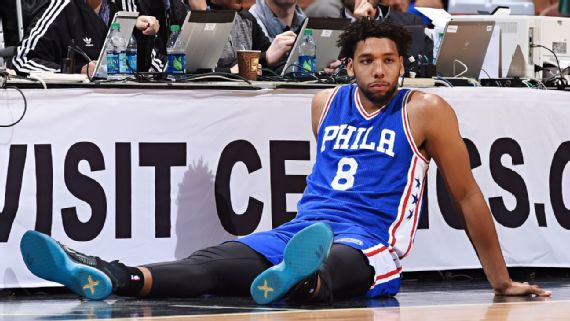 HOW JAHLIL OKAFOR BECAME THE SIXERS WORST DRAFT PICK — EVER!

Jahlil Okafor was amazing in his one season at Duke.

He was a consensus first-team All-American, ACC Player of the Year, and a National Champion.

Things got off to a great start for Okafor as the Sixers No. 1 draft pick in 2015.

He earned All-Rookie first-team honors after averaging 17.5 PPG and 7 RPG.

And then the injuries started.

He tore the meniscus in his knee and the recovery was slow.

After a slow recovery and lack of playing time he was deemed damaged goods and never regained the momentum of that first great season.