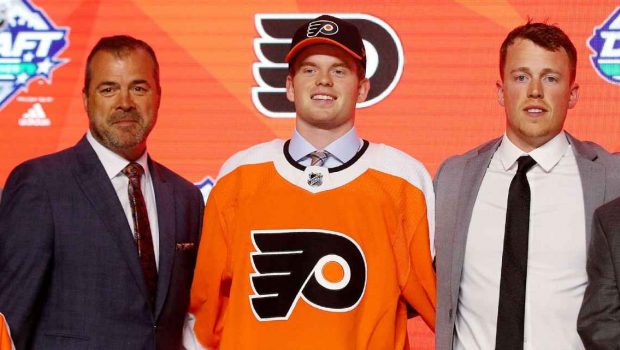 HOW GOOD IS CAM YORK, DRAFTED BY THE FLYERS AT 14?

Scouting report: York is often described as the modern-day defenseman. He jumps into plays with relative ease and has good instincts for when he has to get back. I thought his defensive game improved greatly over the past two seasons without sacrificing offense. His puck retrievals and sense for getting out of his own zone are among the best in this draft because he follows that first touch with decisive play. He still has to round out his game more and continue to build strength as an average-sized defenseman, but there’s a lot to like in what he’s done and how he progressed this far.

Team fit: The Flyers did extremely well in trading down to get an extra asset (No. 45 overall) while still getting a defenseman who plays the game the way the NHL is going. The Flyers have been loading up on prospects in recent years and have some really good forwards, so why not nab a high-end offensive defenseman to get the puck to them?