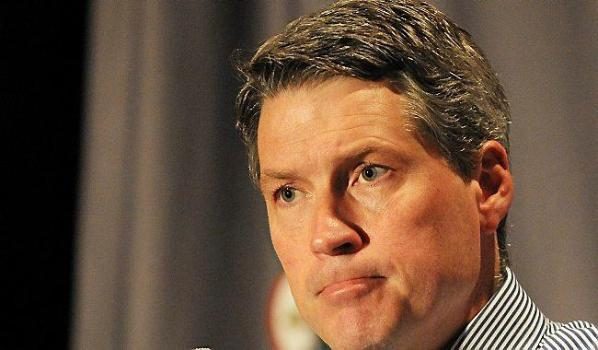 HOW FLYERS GM FLETCHER SCREWED UP THE GAUDREAU BAKE-OFF!

Which is a lot more than we can say about the Flyers treatment of its fans.

For a week, the buzz was that Johnny Gaudreau, the flavor of the month free agent, would come back home to Philly (he’s from south Jersey).

But in reality, the Flyers never had a shot, and he signed with Columbus.

Instead of opening up additional space by — for example — moving winger James van Riemsdyk, his $7 million cap hit next season, and (as Sportsnet reported) a “sweetener” like a high draft pick or prospect, the Flyers stood pat.

Fletcher admitted the Flyers were never in on Gaudreau, and that they never were able to make room for a splashy free-agent signing.

“You’d have to move multiple contracts to be able to do that,” Fletcher said.

“You have to have a team [willing to be a trade partner] as well. So, in some cases, contracts are extremely hard to move. And in other cases, there are players that we don’t want to move. We feel they’re a big part of our future.”

Ultimately, with Philly never in play according to Fletcher, Gaudreau signed a seven-year, $68.25 million contract ($9.75 million AAV) with another Metropolitan Division team. No, not with the neighboring New Jersey Devils, or the New York Islanders, the two other expected favorites to land his services. But rather shockingly, with the Columbus Blue Jackets.