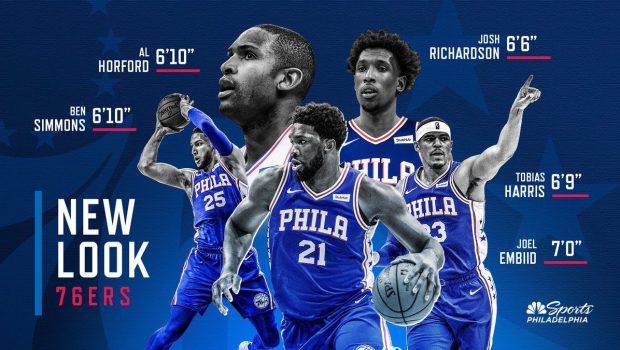 HOW ELTON BRAND MADE SIXERS BETTER AFTER BUTLER BOLTED!

76ers GM Elton Brand quickly made the adjustment to Jimmy Butler’s decision to leave the team for the Miami Heat.

Brand had this all lined up knowing Butler’s history: Saying one thing, doing another.

J-Rich can D up with the best of the young guards, so Brand killed two birds with one stone — letting JJ Redick walk in free agency to New Orleans and getting back a legit power forward with Horford to play alongside Joel Embiid and Tobias Harris, who signed a huge contract to play the small forward position, his natural spot.

In one day the Sixers got better defensively adding Horford and Richardson. The bench also is being filled out with guys who play D. Mike Scott brings his toughness off the bench, second-year top pick Zhaire Smith looks to make his presence known with a full Summer League and training camp under his belt — not a too shabby first week of free agency for Brand.

There are still some spots to fill, backup point guard, backup center, but those players can be shaken loose closer to opening night when rosters get cut down.

The folks who set the odds in Vegas also believe the Sixers did well, they are now installed as 9-1 favorites to win the NBA title next June, most 76er fans will take that all day, every day!