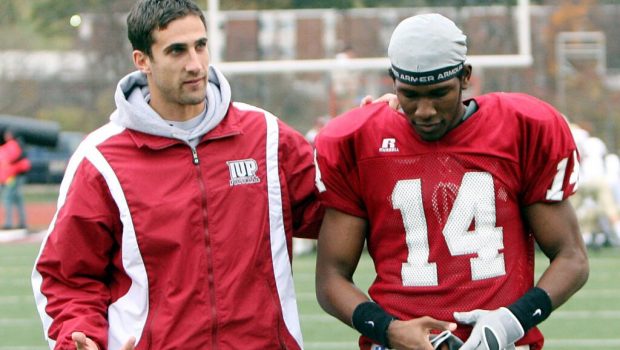 HOW EAGLES SIRIANNI GOT TO KNOW PHILLY’S SCHUYLKILL RUSH HOUR!

Says Zach Berman on The Athletic:

Nick Sirianni coached wide receivers at Indiana University of Pennsylvania, a top Division II program located between Pittsburgh and Altoona, from 2006 to 2008.

His recruiting territory was Philadelphia.

About 90 minutes into the nearly five-hour ride to Philly, he needed to navigate through a mountain range that could be unforgiving during the December and January recruiting season. There were trips that started at 3 a.m. There were times he needed to return to the school for a 9 a.m. meeting. There were no private airports. Just rest stops.

Sirianni and fellow assistant coach Jim Smith, who was then the passing game coordinator/quarterbacks coach and is now the defensive coordinator, would set up shop at a King of Prussia hotel to review prospects and itineraries. Smith had experience recruiting in the area and warned Sirianni about Philly traffic, which the native of Jamestown, N.Y. (population of about 30,000), wasn’t prepared for on his first visit. He was awestruck by Philadelphia’s version of rush hour.