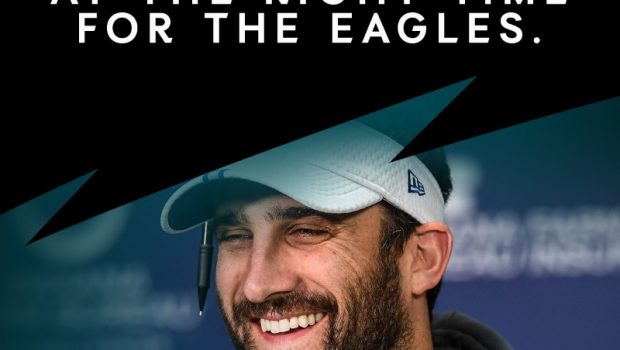 “You know, you have a variety of guys on the staff that I’ve had previous relationships with and I think I’ve mentioned this before that when you have that previous relationship with that person, right, you’ve essentially, let’s say you’ve spent a year or two years or three years or four years with that person, they’ve had a three- or four-year interview process, right? So you want the best people on your staff that helped develop the players,” Sirianni said. “That’s what it’s all about. Then there’s guys that you’ve heard about through other people, or you know, somebody else that might not be a direct contact to me, but maybe somebody on the staff, you know? So it was always about the interview process.

“You want the best people on your staff that help develop the players. That’s what it’s all about.”

Hear from Nick Sirianni on how he built his coaching staff in this exclusive interview with @EaglesInsider.#FlyEaglesFly

One thought on “HOW EAGLES NEWBIE NICK SIRIANNI BUILT HIS COACHING STAFF!”