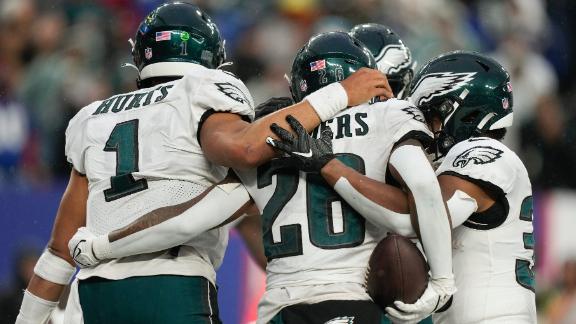 On Sunday afternoon at MetLife Stadium the Eagles put an old-fashioned ass-whooping on their bitter rivals to the north the New York Giants 48-22.

Some believed Big Blue had turned the corner and could compete with the 12-1 Eagles.

Instead, the Birds scored the most points of the season in this magical year.

QB Jalen Hurts threw for 217 yards and 2 TD’s as his MVP of the NFL claim gets stronger with each outing as the leader of the team with the best record in the NFL at 12-1.

The Birds go on the road next Sunday to take on the Chicago Bears at 1pm/Fox-29.\