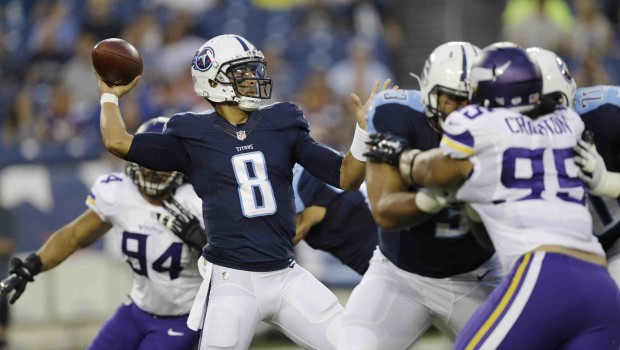 The only opportunity for Marcus Mariota to reclaim a starting spot is with the Chicago Bears, but with them rolling with a duel between Trubisky and Dalton, he’ll be searching for a backup role somewhere.

The Eagles need one pretty badly given Carson Wentz‘s injury history, and the Oregon Duck is now a free agent.

Mariota was an Eagles fan fever dream in the 2015 draft when Mikey Miss and SalPal were urging the Birds to bet the farm and move up from 20 to 3 to snag him. But he has been consistently average to below average as a passer throughout his career, ranking as high as 16th in passing grade and as low as 28th.

His lack of production from a clean pocket is perhaps the biggest red flag for his NFL future.

The only other quarterback to record a lower passing grade from a clean pocket since 2015 is Trubisky.

He’s not going to make plays outside the pocket with his arm, but he can with his scrambling.

Mariota’s two most successful years in the NFL came in 2017 and in 2018 when his rushing grade ranked in the top five in each season.